There’s a new law I found out about recently and I’m fascinated by it., sometimes horrified by it. 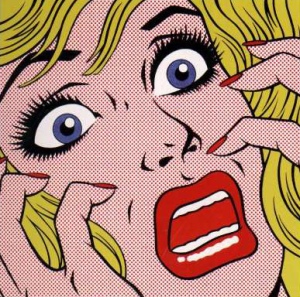 I believe it exists but I’m not sure that I’ve embraced it. The world I live in for the time being.

This world of education tends to shout otherwise. We teachers demand that students perform the way we want them to. No, actually, we demand that students perform the way the Department of Education wants them to. My only solace in following through with those demands is to often make fun of the DOE and then twist everything around and show the students how they can use education to get what they want.

Education also makes it difficult to work with this law because it demands that I enforce consequences on a regular basis. I must be strict. I must enforce silence when students prefer to talk. I must look angry, more often than not. I must make sure that they understand how to behave and do so because they fear me.

It does work. Teachers who don’t offer a significant amount of fear face the consequences of chaos and in middle school, chaos is scary. Students don’t just throw paper airplanes. They can really hurt one another.

We all know that if we’ve heard anything about school shootings or even students using social media.

Then, a few strange, seemingly unconnected events juggled me around to this law once again.

I watched a Netflix documentary on Tony Robbins and actually liked it.

What a strange person:  I liked him but didn’t trust what he had to say.

I found myself driving my teenage daughter to school in the mornings.

I started looking for inspirational videos to listen to after I dropped my daughter off.

Most of them started with Tony Robbins, then I listened to some of his radio interviews with took me to Deepak Chopra then to Dr. Wayne Dyer then to Oprah Winfrey then to Esther Hicks who I eventually learned was the one of the original speakers of the Law of Attraction.

I then looked at my phone and saw that my sister had given me a copy of the Law of Attraction and I remembered what she said, “This is weird but just listen to it when you feel frustrated, while you clean, stick it in your pocket, put your earphones in your ears and listen.”

I did, but it made no sense to me.

However, with my daughter’s distance even when we were sitting next to each other, even when I didn’t talk except to say I love you, this law became increasingly important to me.

I had also lost my grandmother a few years ago and it left me hating myself for not being able to do more, wanting to tell her how much I loved her and how sorry I was for having acted like my daughter was and is acting. I didn’t act that way all the time but I did act that way in my teenage years and then later I became distant because of work and her difficulties with dementia/Alzheimer’s.

We are magnets according to Abraham, according to the Law. But, we are not magnets in the traditional sense or the common understanding of a magnets capabilities. Opposites do not attract. The Law of Attraction tells us we “Like” attracts “Like.”

This made sense to me because everything negative in my life seemed to fly toward me with the intensity of electromagnetic force.

But, understanding this sometimes makes everything more frustrating, especially when you tell someone you love them and a door is slammed in your face.

The idea is that you attracted the door slamming in your face. If like attracts like, then what the hell? Why not love in return?

Maybe the anger was stronger than the love, for both of us.

So, little by little, one day at a time, I attempt to work within the Law of Attraction. I meditate every morning or as many mornings as I can. I look for things to appreciate. And, more often than not, I lose my patience and restart the next day.

Being a teacher, a parent, a wife, and a writer, gives me a lot to consider when walking through life under the Law of Attraction.

What are your thoughts? Have you heard of this law?

5 thoughts on “The Magnetic Law”